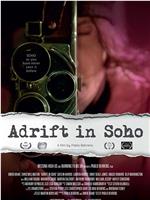 Everyone knows now about the Sixties revolution but it was in London's Soho district in 1950s that the seeds of the Sixties were sown. Where it all began. It was the blast furnace that made it happen. Sometimes not a pretty sight but nothing worth having is borne without the effort of a few looking for change. The 1950s was running its course and a new era beckoned.