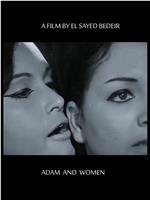 In the wake of an atomic disaster, the entire male population of the Earth has been rendered sterile, except for a young man named Adam who was deep below the planet's surface in an iron mine at the time of the accident. This hapless nonentity suddenly finds himself feted as humanity's savior, exhibited to international teams of scientists, and instructed to leave his wife and ...