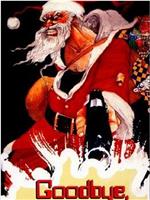 SUPERCOOL马其顿动作**片！  sometimes i think it's a shame that movies like this one don't get the exposure that they deserve - that very few people will get to enjoy them... but sometimes, i think that the lack of exposure is what makes movies like this one - if indie was mainstream it wouldn't have been indie, would it?... so, the best thing i could say about "Zbogum na 20 vek" is a t...